Why ReactJS Is Good For Your Business

React js is a JavaScript library that can be used for building smart and effective user interfaces. There are numerous technical advantages provided by it that makes it a major tool as used by leading businesses in the world such as FaceBook, Uber, AirBnB, Instagram, WhatsApp and Yahoo. If you are looking to use Reactjs for your business, a Reactjs Development Company India can help you with your goals.

Here are the distinct advantages offered by React js.

Developers can easily inject React.js on a currently existing page no matter how it has been designed and working already. This makes it easier for the developers to migrate Reactjs in any working speed they would prefer. Nevertheless, it is essential to keep in mind that Reactjs requires a runtime library for running properly. Therefore gradual and slower migration can have a rather negative impact on the page weight unless the old deprecated libraries are removed.

2. Code ReusabilityReactjs is unique in its capacity to present with great performance apart from offering a perfectly managed rendering cycle which can be used for its components. Such features dramatically improve the efficiency of an individual developer. By effectively setting up creation, consumption and distribution of the isolated reusable parts, Reactjs offers additional time to the developers for using and creating common abstractions. This also proves true for the various lower level parts such as clickable buttons as well as higher level parts such as dropdowns.

Reactjs works great when it comes to implementing different kinds of SEO measures. The JavaScript library has been improved largely in the recent times with the implementation of a rendered page from server to browser. From the very beginning, Reactjs was created to aide in such kind of optimization. It makes use of Node for rendering on the server client. While similar tools can offer such a server aspect for smooth rendering, they still need numerous unstable hacks along with considerable developer support for keeping them up. On the other hand, Reactjs can modify the build tooling and bring down the maintenance budgets.

React js makes use of patterns which makes it somewhat difficult to simply come up with low grade and poor quality code to boot. This is so since it completely eradicates all direct interaction with DOM. Not only it replaces the associated existing view layer such as AngularJS, but it also removes the need for numerous dependencies like jQuery that can lead to lower size of final codebase.

5. It allows users to combine multiple technologies in a better way

Reactjs can mix JavaScript and HTML to enhance the efficiency of a working project. These two work together perfectly and can be used in a multitude of ways. It can also be extended to incorporate CSS that can be used for removing different types of problems that are associated with CSS development like global namespace as well as scope/variable isolation.

Effective browser developer tools that are unique to Reactjs are implemented by various sites for providing data relating to the exact section as well as the code used to create specific aspects of the UI. Such features help to improve the process of finding errors which can simply make things easier for the developer.

React js is quite easy to learn and easy to use, which makes it a perfect tool for developing user interfaces. In most of the current tools, developers combine views displaying data with models representing data to ensure rich UI interactions. Typically, modifications in the view or model can trigger a cascade of many changes taking place throughout different views which depend exclusively upon that data. With large enough applications, such dependencies become overly complicated which can also give rise to troubles while the developer team tries to implement changes without first giving rise to bugs. However, with Reactjs, the data solely flows in a single direction thus making the views easy to understand.

8. Easier to TestThe elementary abstraction of Reactjs, namely the component makes use of data and then creates a Document Object Model illustration without any adverse effects. It allows the developers to avoid consumption and create multiple states in DOM. Such a process makes Reactjs components much easier to test by breaking them down in simpler parts.

So choose Reactjs Development Services today to take your business to higher levels of success. 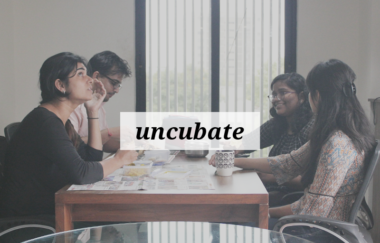