ReactJS is a powerful JavaScript library that can be used for developing user interfaces. It is used by some of the best companies in the world. ReactJS offers a template language as well as function hooks for outputting HTML. The diverse features of ReactJS make it a handy tool for smart web development. So if you are keen on having a powerfully built website that can generate a strong audience response, you should definitely hire ReactJs developers for your project. A ReactJS development company with a lot of industry experience can certainly create a robust react js website for you that ensures a positive response.

Here are the top 10 sites that have been built by using ReactJS.(list of react js website)

Airbnb is an America-based company known for operating an online marketplace that offers hospitality service to people looking to rent or lease short-term lodging facilities such as apartments, holiday cottages, hostel beds, homestays or hotel rooms and facilitate experiences or participate in tourism concepts like walking tours and theme tours as well as to make restaurant reservations.

Atlassian is an enterprise software business based in Australia that is known for developing various products. The range of products are targeted for project management, software development and content management. The company is well known for creating Jira, its notable issue tracking application as well as the team collaboration product called Confluence.

BBC, also known as British Broadcasting Corporation, is the British public service broadcasting company that has been in business since 1922. It is also the oldest national broadcasting organization in the world as well as globally the biggest broadcaster in terms of its employees. BBC is known to present the BBC News, as well as numerous cultural programs that are enjoyed all over the world. Since inception, BBC has played a crucial role in forming the cultural identity of Britain.

Dropbox is an online file hosting service provider that offers diverse facilities such as cloud storage, personal cloud, file synchronization, and client software. Dropbox is used by millions of people all over the world as a cloud system that enables them to have access to their files across multiple devices.

Cloudflare is a company in USA offering content delivery network, Internet security services, DDoS mitigation as well as distributed domain name servers. The company is also known to deliver reverse proxy services and web application firewall. Making use of a number of high security protocols, the company is known to offer smart and secure systems that can be used for business purposes.

Flipboard is one of the world’s most popular news aggregators as well as social network aggregation companies. It collects and presents content from news feeds, social media and photo sharing sites as well as various other websites and offers it in a magazine format, allowing users to simply “flip” or turn over the “pages” through the articles, journalistic pieces, images and videos that are being shared. The readers can also easily save the stories into the Flipboard magazines.

Facebook is an online social media platform that is based in California. With a user base of 2.2 billion people all over the world, it is one of the world’s most widely used social media platforms. It comes with a range of features that allow people to share content online, “like” and “share” other’s contents, comment on various issues and also stay in touch with one another.

Netflix is an American entertainment company that specializes in online streaming media services, DVD by mail and online video-on-demand facilities. Over the years, Netflix also expanded into television and film production and online distribution. Netflix is known to produce a diverse range of original content that is enjoyed by people all over the world.

Imgur is a leading online image hosting and image sharing portal that allows users to share diverse forms of image content. The site often offers viral images and memes that enjoy considerable popularity in the online world and social media.

PayPal is an online payments management system that allows users to carry out online money transfers. By offering an electronic and substitute payment method against the traditional channels like cash, money orders and checks, PayPal has made it considerably easier for people to manage their payments. The company regularly works as payment processor for various auction sites, online vendors as well as various other commercial users. 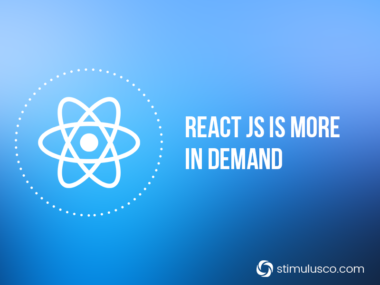 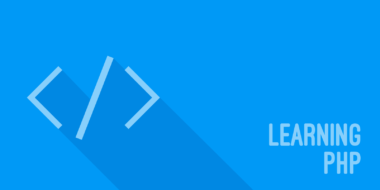 I am impressed. I don’t think I’ve met anyone who knows as much about this subject as you do. You are truly well informed and very intelligent. You wrote something that people could understand and made the subject intriguing for everyone. Really, great blog you have got here.
B2B Marketplace

Thanks for appreciating my work.

This blog is written about the top 10 blogs or websites that help you built a React JS framework, which is an important task for software professionals. The development of software is a complete cycle that involves the designing, development, and testing of software tools. Planning and analysis of requirements of the client is the first step while the entire process ends with deployment in the market.