React.js vs Vue.js: Which JavaScript framework to choose for the next project

If you have heard about front-end development, you must have indeed read about React js. It interacts with HTML documents with the help of a virtual DOM and follows a declarative programming way. It has a much speedy and flexible approach when it comes to building complex applications.

Vue.js is another open-source framework that is used for building complex UI.

It can be considered as a much-improved version of Angular and React.

Vue is a progressive framework, allowing you to migrate your existing projects to a new one. Vue scales between a lightweight library and a full-fledged framework.

Vue.js web app development has become extremely popular amongst developers, and it even gained official support from Laravel.

Detailed information about React.js vs Vue.js

The popularity of a library is what makes the developers use it for most of their projects.

For this case, React.js web development is the winner! It has a vast community that translates more tutorials, online courses, articles and consists of 3x more questions than StackOverflow.

The bigger a community is, the more versatile is its third-party libraries, packages, and tools as well as support from all major IDEs.

React.js is maintained and supported by Facebook, so it is guaranteed that it would have long-term support without any issues. Various FB projects are done with the help of React.js.

However, React’s community is much more fragmented than Vue’s, so you would have to spend a lot more time searching for quite common solutions.

With Vue.js web development, it has a community that is still growing. It doesn’t have a large number of resources and third-party services like React.

Vue.js also comes with all the powerful IDEs but is not as extensive as React.

Vue.js web development is maintained by Evan You and a team of 24 developers financed via crowdfunding.

Since React.js development is a popular framework, many engineers are available to be hired. In a recent survey, it was observed that 48% of web developers are comfortable with using React.

For Vue.js web development, only 38% of web developers are comfortable using it. However, Vue is fourth in the list of technologies being using by various developers worldwide.

Vue is likely to gain much more popularity in the near future.

React.js web development services documentation is pale when compared with Vue’s. The presentation isn’t straightforward and well structured when it comes to React.

What’s more disappointing is that there is no detailed overview of React’s ecosystem, like in Vue’s docs.

Vue.js comes with beautiful documentation, and its API references are one of the best in the industry. The documentation is well written, clear, and accessible when dealing with various things you need to know about Vue.

Just like React, the docs are available in multiple languages for Vue.

Which JavaScript framework to choose for next project?

Both of the libraries, as mentioned above, are excellent choices when it comes to building modern web applications.

A well-known React.js web development company can help you with large-scale projects. With support from corporations and a vast open source community, React.js would create the perfect enterprise-grade application for you.

There is also no shortage of React.js developers in the industry. It has a vast ecosystem where you will find a solution for almost any problem without worrying about your project anyways.

Hands down, React.js would be the best choice for you if you are looking for a commonly used framework for creating your web applications.

However, Vue.js web development company’s popularity has also been on the rise for front-end development. It is easy to get ahold of and is pleasing to work with for the long term. Besides that, it even comes with a more traditional syntax that allows you to migrate your existing projects to Vue gradually.

It has proper and informative documentation and has much faster performance than React. Therefore, it even comes with various tools with support from the core team directly from Vue.

But like most technologies, it depends entirely on which framework you want to choose based on your requirements. 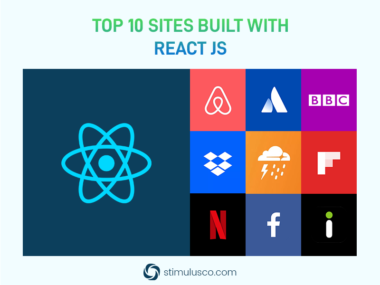 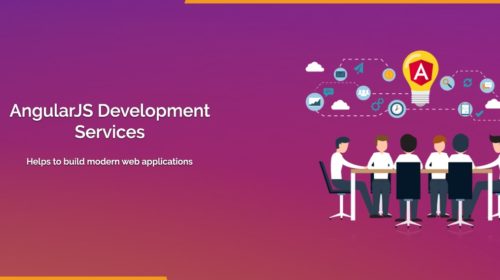 Thank you so much. where do you link this post?