Protect your data with BLOCKCHAIN

Blockchain is a very new technology in the market that is very helpful to save your data. find out how to protect your data with BLOCKCHAIN

Did you all read news about fraud in banks? Or are you also suffering because of the long business days it takes to settle one stock transaction? I know it won’t be new if I tell you that someone manipulated my data or it won’t shock people anymore that somebody hacked an organization’s database. What will definitely come as a shock to everyone is that now we have a mechanism to solve all these problems and protect your data with BLOCKCHAIN.

In 2008, first the word Blockchain was coined in a research paper by Satoshi Nakamoto, what is to be noted here is that there is no information available about the author of the paper. No one knows who he is it or it is a group of people? He gave the world the solution to numerous problems some of them have been listed above.

Blockchain is a distributed database that stores the data in the form of blocks that are transparent and impenetrable. Every member who is having access to blockchain has a digital identity in the form of tokens and every message of transaction which is done has a public and private key which makes the system secured. Every block which is once added cannot be updated or deleted. If in case you want to change anything you need to make a new block and that’s how all the stakeholders will get to know about it.

Blockchain is solving many problems in today’s scenario and to address a few of them is that this new technology is helping remove the middlemen from all the data transactions. This invention is also helping in avoiding data breach because changing data in one block will not affect the system as blockchain breaks the convention of having a centralized database.

Moving forward I know you must be thinking where do we apply this in real life, what all sectors can use it to help make data transactions smooth less and safe, so I would say any sector which deals with more than one stakeholder should start moving towards blockchain. Some sectors where we already see its implementation are-

Stock trading: In stock trading, the rule which is widely followed is T+3 , which means it takes up to 3 days to settle any transaction but with the help of blockchain this can come down to T+0 because the approval can be done together by all the stakeholders immediately once a block is added.

Banking & Finance: A huge amount of money is involved when it comes to banks which is always prone to risks so to avoid that we can implement blockchain and have the customers and banks as the stakeholders so that the money is safe and the transactions happen transparently.

Governance: There are uncountable policies that serve different purposes in the government. To keep them safe, they can be stored using the blockchain so that no amendments can be done without approval from all the stakeholders which will avoid confusion and unwanted modifications.

Smart Contract: This has been the most common implementations of blockchain, where you can write the business rules. These rules are irreversible and unchangeable. The intention behind this is to avoid the third party in any transaction.

Your data is now safe

With this, we have come to the end of what whys and hows of blockchain. Blockchain has come like a much-needed disruption in the field of security. The good news is that we already see a shift in the industry and people are adapting to this newbie in the market. We at Stimulus, can help you with business ideas related to blockchain and also if you are stuck on how to implement this, always remember we are there. 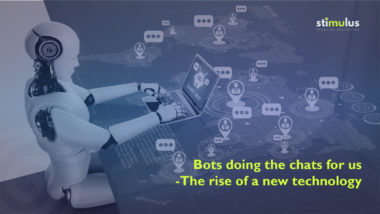 Chatbot Development and Importance of Bots 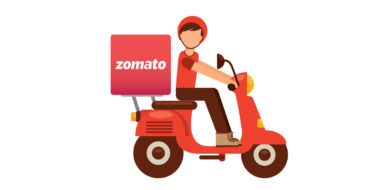 Zomato is not just a food delivery application

Data the fuel of industry

Captchas solution of Google (ReCaptcha-2 and ReCaptcha-3), Facebook, BitFinex, Bing, MailRu, SolveMedia, Hydra,
and more than 12000 another subtypes of captcha,
with highest precision (80..100%) and highest speed (100 img per second).
You can use XEvil 5.0 with any most popular SEO/SMM programms: iMacros, XRumer, SERP Parser, GSA SER, RankerX, ZennoPoster, Scrapebox, Senuke, FaucetCollector and more than 100 of other software.