People say that the more challenging the journey, the better the result.

People say that the more challenging the journey, the better the result. After all, you don’t want to lose a user because the UI of your site is giving them a hard time.

The more detailed and sound your UI/UX design is, the more people will start using your product. It brings us to the definition of micro-interactions.

By micro-interaction, we mean small moments and tasks designed to give the user a delightful experience. That may include swiping to refresh data, interactive UI animations, and liking content.

It is worth noting that micro-interaction bridges the gap between technology employed in an app and the user. Besides that, it encourages your people to come back to you for more when you can guide the user subtly and intuitively.

Simply speaking, micro-interactions can enhance UI/UX design specialization. It is something that can be related to a single-use action. It becomes fun for people to use the product as they find that the item is easy to use.

Why are micro-interactions important

One of the most pivotal parts of micro-interaction is that it exists for the gain and satisfaction of users. When your marketing firm puts customers’ needs first, they feel special and get attracted to the product.

What they don’t realize is that they create offshoots to make the user come back to the product repeatedly and habitually.

A successful UI/UX design is what helps you achieve your goals. Hence, you should focus on the details of your product design to discover opportunities. It will tell you what to add to micro-interaction to make the user feel connected to the product.

It is worth noting that attention to detail transforms the product into something exceptional. Micro-interactions come with fun, engaging and playful ways to do so.

Users will be more likely to interact and navigate a website that adds ease and comfort with micro-interaction.

Furthermore, it keeps users informed and updated with information pertinent to their actions. It is how micro-interaction increases a user’s time on a site.

In brief, micro-interaction provides the users with engaging, original, and helpful experiences to create an emotional bond with content and the brand as a whole.

How to make micro-interactions successful

Quick response times after a bar gets shared will determine the success rate of the micro-interactions.

Users will link micro-interaction with the initial post if it takes more than 0.01 seconds to respond. The delay might confuse the user and lead to repetitive actions that are not useful for you.

Micro-interactions should not draw attention to themselves and overshadow the UI/UX design. It should be subtle and only last for a short moment to fade away quickly.

While designing micro-interactions to make them successful, there are a few things you need to understand about ui/ux design challenges.

Whatever we do, things get done for the users. Besides, micro-interaction is no exception. it is why a UI/UX design company needs to conduct retests and tests to ensure that the designs are working well. It makes sure that micro-interactions do not negatively affect the User experience.

Overcomplicated things will overwhelm the user. It is why you should keep the micro-interaction as simple as possible. Although, it is worth noting that the prime goal of a micro-interaction would be to enhance the User experience by making the site more intuitive to use.

That is why you shouldn’t make UI/UX design too complicated. You want to keep it simple instead. Sometimes, you can add some fun components to it. You want to remove the necessary elements and details.

As an example, you might tell them that swiping the email will delete it. This would be intuitive. An excellent course in UX/UI design illustrates all the parameters so that chances of success are increased.

It is a vital point to note. It holds, especially when the product is not an app or site itself. Besides, when a micro-interaction overshadows the product, people will prefer the interaction more than the product.

Micro-interactions that are not successful stood out due to the nature of complexity. Since this hype will not meet your potential customers’ needs to come back to the site or app, it is not stable or reliable. A negative outcome may affect the UI/UX design company.

Consider making the micro-interaction functional and complementary to the offshoot when you go for it. You should not include any design element for the sake of application.

Instead, you should keep elements that are essential and enhance the effectiveness of the UI design. All micro-interaction can be fun and exciting, and users prefer functionality over design.

Micro-interactions should be short where functionality combines with UI/UX design to add to the user experience.

Users identify themselves with a particular pattern of interaction. Users will feel disgusted or offended when you try to reinvent or change them altogether.

You need to ensure that you don’t change an old interaction altogether. Instead, you should implement small changes that do not affect the micro-interaction.

Increased engagement and top-notch UX have been the name of the game for many brands. While a variety of resources rely on communication channels, micro-interaction contributes a great deal toward providing some of the highest class products.

Micro-interaction is what bridges the gap between UX and UI. It’s a point where functionality meets design.

If you want to improve the design with micro-interaction, consider following some general designs to implement interactions. It will help you make a significant impact on your UX design.

Brands are placing a lot of value on communication channels. It holds, especially if you want to seize the micro-moment to enhance the user experience.

In general, triggers could be differentiated into two types: system Trigger and Manual Trigger.

What is a user-initiated Trigger?

This sort of Trigger will occur when the user intentionally interfaces with the product. There could be a toggle switch that can Trigger a component to switch on and off. It might be a push of a button or even a hand wave that comes under the group of user-initiated Triggers.

What is a system-initiated Trigger?

What are the rules?

Besides, designers need to ensure that the rules are easy to implement. In addition, the rule should meet the needs of the customer. It will produce the least number of errors.

The most common example is when users send an email without filling in the to field. If you forget to mention the name of the recipient, Google will prompt you with an error box.

It will ask you to specify at least one recipient. So, users can feel the email address of the sender before sending the email.

The feedback event allows the user to know that the action got acknowledged. Feedback may notify the user audibly, visually, or sensually to verify a micro-interaction.

Vibration, sound, or animation in a smartphone will help users identify feedback. For instance, when you use a health tracking app to walk, your phone will vibrate when you reach the goal.

The validation approach used in filling a form is a simple example of feedback. When a user fills a form, the inline meditation will help the user identify whether there is a fault or not.

Loops aim at defining the period of micro-interaction to determine whether a user needs repetition or has modifying requirements. Modes will help you modify the way some things work.

Micro-interaction proved to be a game-changer when communicating effectively with the user. In UI/UX, designers try to use creative ways to meet this goal. Enhancing the user experience is essential to keep him connected to the app.

Keep reading to learn about the real-world applications of micro-interactions employed in an app.

It is worth noting that micro-interaction is a vital part of a habit loop. People develop a habit when they do the same activity time and again. Typically, a habit loop will contain three main parts.

Cue: It is a trigger that initiates action.

Routine: You will perform an activity in response to the cue.

What is a loop in micro-interaction?

It tells you what it feels like when a micro-interaction gets used repetitively. It might seem to be an old example.

Facebook might be an excellent example of how to create a loop. Primarily, users get programmed to check for notifications, group posts, likes, and post engagements.

The act of tapping on notifications might seem routine. Reactions that users get from the post act as a reward. The greater the reward, the bolder the habit is.

You will find that the swipe feature is more interactive than tapping. Switching between windows and tabs is one of the most popular features.

It allows the user to navigate through the app effortlessly. Swiping is one of the integral features of the user interface.

It is a micro-interaction that serves the purpose of answering yes or no to the question. Users of the dating app will swipe right if they like it. Users will swipe left when they dislike it.

Swiping will contain some fun and interactive ways to make a micro-interaction useful. It has a habit-forming ability, which is a bit addictive.

Pull the page to refresh

Most of the apps don’t have a refresh button now. Users will need to hold and press on the screen. It is enough to reload a page. While the page loads, designers can use interactive animations to keep users engaged.

For instance, the Zomato app will use a technique to keep users engaged with the app.

The application will show quirky facts related to food around the world. It allows you to improve user engagement for a while. In the meantime, the page will get loaded. They will forget how long the page will take time to load.

It is worth noting that micro-interaction plays a dynamic role in digital life. Besides that, it holds even when you don’t see them everywhere. It doesn’t matter whether you create an account or switch off your alarm in the morning.

Micro-interaction turned out to be omnipresent. It allows you to carry out multiple activities. Micro-interaction with menus like create, Delete and share include animations; when tapped with a prompt, ask for confirmation.

The concept of drop and drag will eliminate several steps that users have to do. The fact is that it is simple to understand the type of micro-interaction that finds widespread application in apps and sites.

Micro-interaction plays a vital role in helping the user understand a computer system. Whether it is favorable or unfavorable, users will give feedback on the system’s current status. It tells about what the reaction to the action will be.

What may happen due to the reaction of the user? The system can take feedback as an element of personality to the user’s experience when interfacing with the system. 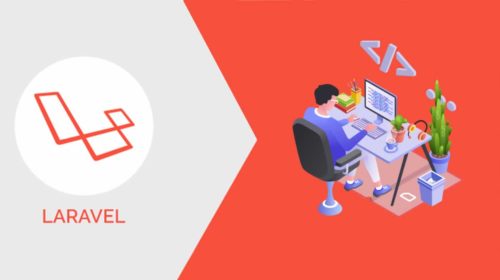 Why should you hire a Laravel developer? 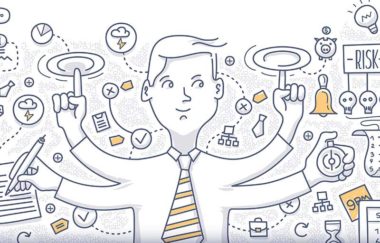 The tide of Product Managers in Startups 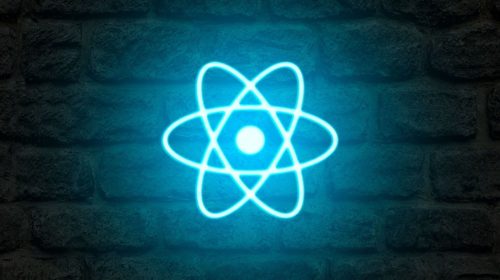 Why One Should Hire React js Developer